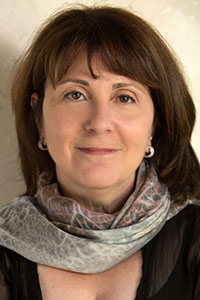 As a University Distinguished Professor of Psychology and Director of the Interdisciplinary Affective Science Laboratory (IASLab) at Northeastern, Lisa Feldman Barrett, Ph.D., takes a scientific approach that explicitly casts the mental and the physical within the same domain. Her study of mind and behavior is explicitly guided by the structure and function of the nervous system.

She asks, "Given nervous system structure and function, how might health and disease work?" Dr. Barrett recently developed an integrative predictive coding approach to the functional architecture of the nervous system that situates physiological regulation (i.e., allostasis) and interoception as fundamental features. Whatever else the nervous system is doing - thinking, feeling, perceiving, emoting - it is also regulating the physiological systems (i.e., autonomic nervous system, immune system, and endocrine system), causing interoceptive sensations and their low dimensional experience, affect.

Dr. Barrett proposes that the nervous system makes sense of interoception and other sensory inputs to guide action and create experience via predictive representations that are implemented as embodied concepts. In the most general terms, action and perception are the brain's conceptual predictions about the causes of sensory events in the body and the world, with incoming sensory inputs keeping those guesses in check. The mind is an elegantly orchestrated self-fulfilling prophecy, embodied within the architecture of the nervous system. This approach unites metabolic, immunologic, and mental symptoms within a common computational framework.

The mind is an elegantly orchestrated self-fulfilling prophecy, embodied within the architecture of the nervous system.”