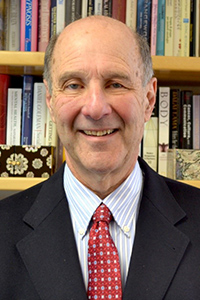 Describe your scientific identity.
I am a research psychiatrist examining connections between brain and body. I want to put the "care" back into health care by assessing how we can help people with cancer live better and longer.

What are your research interests?
I study effects of psychosocial support on cancer progression and survival, and mediating psychophysiological systems, including diurnal cortisol patterns, sleep, stress, depression, and heart-rate variability.

What is the significance of your current research project?
A third of women under 40 and 13% of all women diagnosed with breast cancer are choosing bilateral prophylactic mastectomy, despite the lack of effect of this type of surgery on overall survival in non-mutation carriers. We are using functional neuroimaging (fMRI) to identify patterns of anxiety sensitivity and management among those who do and do not choose such treatment. We will use these findings to design more effective emotional support at the time of treatment decision-making.

What motivated you to work in biobehavioral or psychological science research?
My parents were both psychiatrists, so they told me I was free to be any kind of psychiatrist I wanted to be. I took them up on it. In every rotation I did in medical school I was fascinated by how people coped with their illnesses, and challenged by how we could help them to do it better. But I wanted the interventions we developed to be based on evidence as well as theory.

Describe something that had a profound influence on your program of research or scientific interests (an "ah-ha!" moment).
After an initial randomized trial of the emotional effects of supportive-expressive group therapy for women with metastatic breast cancer, I decided to see if there was an impact on survival. I had to sit down when I saw the Kaplan-Meier curves. The group therapy-treated patients lived 18 months longer than controls. By 48 months, all of the controls had died and a third of the treatment group were still alive. I was determined to pursue this phenomenon. I sought further evidence from our own and other studies of physiological mechanisms underlying the effect. There is growing evidence that social support, including marital status (Aizer et al., Journal of Clinical Oncology, 2013) and psychotherapy (Mirosevic et al, Cancer Medicine, in press), affects physiological arousal mechanisms and survival time.

In every rotation I did in medical school I was fascinated by how people coped with their illnesses, and challenged by how we could help them to do it better. But I wanted the interventions we developed to be based on evidence as well as theory.”