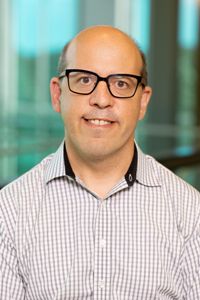 Mark Parascandola, Ph.D., M.P.H., is an Epidemiologist with the Tobacco Control Research Branch in the Division of Cancer Control and Population Sciences at the National Cancer Institute (NCI). He received his Doctorate in Philosophy of Science from Cambridge University and his Master of Public Health degree in Epidemiology from the Johns Hopkins University School of Hygiene and Public Health. Dr. Parascandola also completed an NCI Cancer Prevention Fellowship. He has authored numerous published articles on tobacco use prevention, tobacco control policy, and epidemiologic research methodology. He served as an editor for the NCI/WHO report The Economics of Tobacco and Tobacco Control (2016), the NCI/CDC report Smokeless Tobacco and Public Health: A Global Perspective (2014), and the two-volume encyclopedia Tobacco: Its History and Culture (2005). He also served as a member of the IARC Working Group on Methods for Evaluating Tobacco Control Policies in 2007. As a Program Director at NCI, Dr. Parascandola currently oversees a research portfolio with a focus on global tobacco control, smokeless tobacco use, and implementation science. Dr. Parascandola has served as an Embassy Science Fellow and expert advisor on tobacco control and air pollution and health at the U.S. Embassies in Beijing, China, and Warsaw, Poland.


Current and/or past BRP mentees include Mandeep Virk-Baker and Iva Stoyneva.