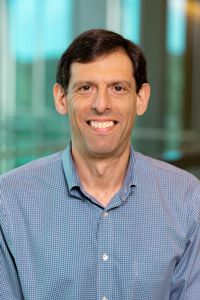 William Klein, PhD, was appointed Associate Director of the National Cancer Institute's (NCI) Behavioral Research Program (BRP) in August 2009. Dr. Klein's research interests fall largely under the areas of self-judgment, risk perception, and risk communication. He has been interested in how risk perception biases are related to the processing of health communications, to health decision-making, and to health behavior; how social processes (e.g., social comparison, self-affirmation, peer influence) influence responses to personalized feedback and risk communication; the influence of affective factors such as worry on risk appraisal and health decisions; the impact of ambiguity on responses to feedback and risk messages; the role of optimism in health behavior and psychological functioning; and applications of theory to risk communication and health behavior intervention. Dr. Klein's work has appeared in over 200 publications and has been supported by NCI, the National Science Foundation, and several private foundations.

Dr. Klein completed his BA in Psychology and Mathematical Methods in the Social Sciences at Northwestern University (1987) and his PhD in Social Psychology at Princeton University (1991). In 2002, he became a member of the graduate faculty at the University of Pittsburgh in the Social Psychology and Biological and Health Psychology programs. At the University of Pittsburgh, he was Director of Undergraduate Studies and a recipient of the Chancellor's Distinguished Teaching Award for his undergraduate and graduate teaching in the areas of social psychology, health psychology, and decision-making. Prior to 2002, Dr. Klein was on the faculty at Colby College, where he served as chair of the Psychology Department.

Dr. Klein is currently adjunct faculty at the University of Pittsburgh and Johns Hopkins University, and an adjunct investigator in the Social and Behavioral Research Branch of the National Human Genome Research Institute where he collaborates on several projects involving genetic risk communication. He is a member of the Executive Committee of the joint NIH/Hopkins Genetic Counseling graduate program in which he teaches a graduate course on health judgment and decision making. Dr. Klein co-chairs the Cognitive, Affective, and Social Processes in Health Research (CASPHR) working group at NCI, was a recipient of the American Psychological Association's Meritorious Research Service Commendation, and has received three NCI Merit Awards. Dr. Klein's CV is available at: Klein CV.


Current and/or past BRP mentees include Megan Roberts, Jennifer Taber and Kara Wiseman.