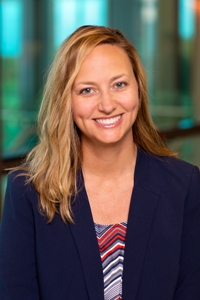 Before re-joining NCI in 2009, Dr. Blake was a cancer prevention fellow at the Dana-Farber Cancer Institute in Boston (2005-09), working in Dr. K. Viswanath's research lab as she pursued her doctoral training. During that time, she also served as a teaching fellow at the Harvard School of Public Health and the Harvard Kennedy School of Government. Prior to that, she served as a science writer and editor in the Division of Cancer Control and Population Science's (DCCPS) Office of the Director (OD) (2001-05). Before that, she was a hospital-based public health educator and site coordinator for the West Virginia Rural Health Education Partnerships Program (1997-2001) and a health communication research fellow at the Centers for Disease Control and Prevention (CDC), National Institute for Occupational Safety and Health (NIOSH) (1996-97).

Current and/or past BRP mentees include Abby Prestin.