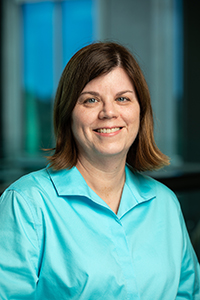 Linda Nebeling, Ph.D., M.P.H., R.D., F.A.N.D., is the Deputy Associate Director of the Behavioral Research Program (BRP), in the Division of Cancer Control and Population Sciences (DCCPS), National Cancer Institute (NCI). She is a member of the NIH Obesity Research Task Force - Senior Leadership and the NIH Nutrition Research Task Force. She has served as the Scientific Program Director for the Transdisciplinary Research in Energetics and Cancer (TREC) Centers initiatives, the Principal Investigator for NCI's Family Life, Activity, Sun, Health and Eating (FLASHE) study as well as Branch Chief of the Health Behaviors Research Branch, Acting Associate Director of BRP, and Public Health Nutritionist in NCI's National 5-A-Day for Better Health Program. Her research interests are in transdisciplinary science, energy balance, obesity and cancer and in the relationship between dietary behaviors and the risk of cancer. Dr. Nebeling pioneered research on the effects of a ketogenic diet on tumor glucose metabolism in children with brain cancer while at CWRU. She has co-authored numerous peer-reviewed publications and is a reviewer for many professional journals. She has received the NIH Director's Award for her work with the National Collaborative on Childhood Obesity Research (NCCOR), the NIH Merit Award for her leadership in TREC, the NCI Outstanding Mentor Award and additional NCI Merit Awards in 2016, 2012, 2011, 2005, 2000 and 1997. She is a 2016 recipient of the Conrad A. Elvehjem Award for Public Service in Nutrition from the American Society of Nutrition, and the Connie San Andres-Robles Distinguished ON DPG Service Award from the Academy of Nutrition and Dietetics in 2003. She is a Fellow of the Academy of Nutrition and Dietetics.


Current and/or past BRP mentees include Minal Patel, Caitlin Bailey and Catherine Pichardo.